With so many clients looking at their own service contracts during in this pandemic, BLG wanted to take a deep dive into the concept of Force Majeure under Louisiana law.

A force majeure clause is “a contractual provision allocating the risk of loss if performance becomes impossible or impracticable, especially as a result of an event or effect that the parties could not have anticipated or controlled.”  Black's Law Dictionary (11th ed. 2019).  It's typically in a section entitled Force Majeure and/or defined in the definitions section of your contract.  The purpose of a force majeure clause is to excuse a party from nonperformance or anticipatory breach caused by circumstances beyond the defaulting party's reasonable control.

Force Majeure. Each Party shall be excused from liability for the failure or delay in performance of any obligation under this Agreement by reason of any event beyond such Party's reasonable control including but not limited to Acts of God, fire, flood, explosion, earthquake, or other natural forces, war, civil unrest, accident, any strike or labor disturbance, or any other event similar to those enumerated above. Such excuse from liability shall be effective only to the extent and duration of the event(s) causing the failure or delay in performance and provided that the Party has not caused such event(s) to occur and continues to use diligent, good faith efforts to avoid the effects of such event and to perform the obligation. Notice of a Party's failure or delay in performance due to force majeure must be given to the unaffected Party promptly thereafter but no later than five (5) days after its occurrence which notice shall describe the force majeure event and the actions taken to minimize the impact thereof. All delivery dates under this Agreement that have been affected by force majeure shall be tolled for the duration of such force majeure. In no event shall any Party be required to prevent or settle any labor disturbance or dispute. Notwithstanding the foregoing, should the event(s) of force majeure suffered by a Party extend beyond a four-month period, the other Party may then terminate this Agreement by written notice to the non-performing Party, with the consequences of such termination as if this Agreement had expired (and was not terminated) in accordance with Section 10.6.

In Louisiana, force majeure is a legal principle that exists independently of a contract's terms; that is, courts apply the doctrine regardless whether the contract includes a force majeure clause.  However, if the contract fails to define a force majeure, or if the definition of force majeure does not otherwise include the event in question (pandemics are rarely included), Louisiana courts traditionally limit application of the doctrine to situations where obstacles make performance actually “impossible.”

The Louisiana Civil Code calls these obstacles “fortuitous events,” which Article 1875 defines as “one that, at the time the contract was made, could not have been reasonably foreseen.”  But unforeseeability is only part of the equation.  For the unforeseeable event to constitute a force majeure, Article 1873 specifies that the event must render performance impossible: “An obligor is not liable for his failure to perform when it is caused by a fortuitous event that makes performance impossible.”

Impossibility imposes a high bar for force majeure.  Scholars posit that Louisiana does not provide a remedy for “exceptionally difficult” or “excessively burdensome” contracts; instead, the impediment to performance must meet the much higher standard of “truly impossible.”  Saul Litvinoff, Force Majeure, Failure of Cause and Theorie de l'Imprévision:  Louisiana Law and Beyond, 46 LA. L. Rev. 1 (1985).  Consequently, Louisiana courts usually have not considered economic hardship to constitute a force majeure.  One of the cases where the court addressed this issue is Marionneaux v. Smith, where a party who had agreed to cut and remove timber within a certain time argued that the world-wide financial panic and economic downturn associated with the Great Depression precluded his ability to cut and market the timber without suffering an unreasonably great financial loss.  The Louisiana court found that this did not make the performance impossible but merely rendered it more difficult, burdensome, and unprofitable, causes which could not be excused.  163 So. 206 (La. App. 1st Cir. 1935).

However, courts across Louisiana are not entirely consistent on this point.  In contract, in Continental Oil Co. v. Crutcher, 434 F. Supp. 464 (E.D. La. 1977), a federal court applying Louisiana law found that a 500% increase in the price of natural gas was “likely to qualify as a force majeure event” under a take-or-pay gas contract, and thus excused non-performance by the breaching party.

We've been unable to locate any Louisiana court opinions that squarely address whether a pandemic can constitute a force majeure.  However, one 1842 breach-of-contract case involving a yellow fever epidemic is instructive.  In William Roley Glover v. Samuel T. McAllister, 2 Rob. (La.) 161, 1842 WL 1652, the plaintiff steamboat owners contracted to tow defendants' ship from New Orleans to Natchez the next day for $900.  The plaintiffs' steamboat was in the process of being repaired, and could not leave immediately.  Later the same day, at the insistence of his passengers, the captain of the ship left early with another steamer.  The ship had arrived “at a time when the yellow fever was raging in the city with great violence, and an hour's delay might have endangered the lives of the passengers and crew.”  The judge found that “although the contract was deliberately broken, it was so for reasons which are good and valid in themselves, although foreign to the contract[.]”  Accordingly, the judge reduced the plaintiffs' claim to what he called “naked damages,” a term the Supreme Court construed to mean those damages “actually sustained, without allowing for profits lost.”  Feeling “no disposition to differ” from the trial court, the Louisiana Supreme Court affirmed the judgment awarding the plaintiff $350.  Thus, avoidance of yellow fever was not treated like a force majeure—which would excuse the breach of contract, but it was considered as an equitable matter in assessing breach-of-contract damages.

This legal uncertainty - in how a court will react to force majeure defenses or damages claims by plaintiffs under these circumstances - means that there is no solid legal ground for anyone.  If your contract does not contain a force majeure provision, conversations with your counterparties may still be productive and working out a compromise solution with the other party in your contract is your first and best option.  Be sure to comply with any formal notice requirements in your contract.  And check your insurance agreements to see whether they extend to a force majeure event.

If you are hopelessly deadlocked with the counter party and neither party can come to an agreement to resolve the contract breach and failure to perform, both parties should take every step to mitigate its damages.  Make sure to keep detailed records of the circumstances surrounding the events and issues.  Any attempt to mitigate your risk in advance will be material to whether a Louisiana court determines that you took reasonable steps to continue your contractual obligations and whether performance was, in fact, impossible.

With regard to any new contracts that you or your company may be completing or currently negotiating in the midst of COVID-19, you must address force majeure in the contract provisions in order to account for COVID-19's impact on the performance of the contract.  Here's a sample force majeure provision we just added to a clients service contract:

"No party shall be liable or responsible to the other party, nor be deemed to have defaulted under or breached this Agreement, for any failure or delay in fulfilling or performing any term of this Agreement (except for any obligations to make payments to the other party hereunder), when and to the extent such failure or delay is caused by or results from acts beyond the impacted party's (“Impacted Party”) control, including, but not limited to, the following force majeure events (“Force Majeure Events”): (a) acts of God; (b) a natural disaster (fires, explosions, earthquakes, hurricane, flooding, storms, explosions, infestations), epidemic, or pandemic; (c) war, invasion, hostilities (whether war is declared or not), terrorist threats or acts, riot or other civil unrest; (d) government order or law; (e) actions, embargoes or blockades in effect on or after the date of this Agreement; (f) action by any governmental authority; (g) national or regional emergency; (h) strikes, labor stoppages or slowdowns or other industrial disturbances; and (i) shortage of adequate power or transportation facilities. The Impacted Party shall give Notice within [number] days of the Force Majeure Event to the other party, stating the period of time the occurrence is expected to continue. The Impacted Party shall use diligent efforts to end the failure or delay and ensure the effects of such Force Majeure Event are minimized. The Impacted Party shall resume the performance of its obligations as soon as reasonably practicable after the removal of the cause. In the event that the Impacted Party's failure or delay remains uncured for a period of [number] days following Notice given by it, the other party may thereafter terminate this Agreement upon Notice.

Sorry, there are no articles to display. 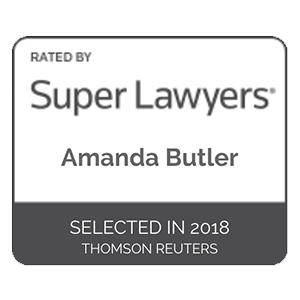 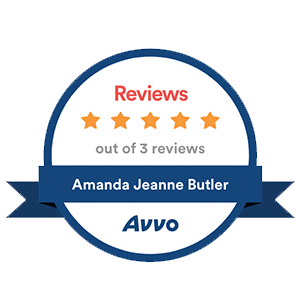 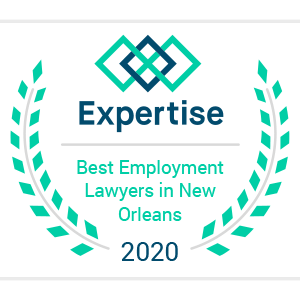