Sexual harassment in the workplace is a significant problem as the rise of the #metoo movement confirms.

We recently obtained a settlement for a client that works in the hospitality industry in New Orleans and was sexually assaulted by her supervisor.  The assault was particularly heinous.

We filed a charge of gender discrimination with the EEOC and then brought suit in the Eastern District of Louisiana under Title VII.  In addition, we filed a workers' compensation claim with the employer's insurance company to pay for the medical bills relating to the psychological trauma incurred by our client as a result of the assault.

We were able to settle the claim shortly after the lawsuit was filed, and after securing the assistance of The TimesUp Legal Defense Fund. 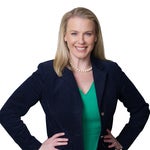